Google has a new, freshly approved patent up its sleeve that should get rid of a few of the gestures involved when you launch your favourite app on your locked phone.

The Chocolate Factory has won a patent for “alternative unlocking patterns”, which would let fandroids get into apps like the dialer or camera directly from the locked screen.

Just as Android mobiles can currently be unlocked with a specific joined-up pattern on a board of nine dots, the new system would allow users to make up patterns for, presumably, their most popular apps so they can head straight into them.

The feature has only just been approved by the US Patent and Trademark Office, but such a simple concept shouldn’t be too hard to install on the mobile OS so it could show up soon. On the other hand, we’re still only on Android 4.3, so it might be a while…

Share
Previous What’s New in Android 4.3 Jelly Bean?
Next How to perform an efs/imei backup before flashing custom ROM 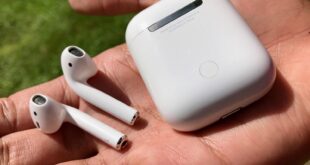 Does Apple Have A Sony Timer In The Airpods Which Kills Them After Warranty?

Top 5 JavaScript Frameworks to learn/work on in 2020

Reliance Jio 4G full services from 5th September: Here is all you need to know